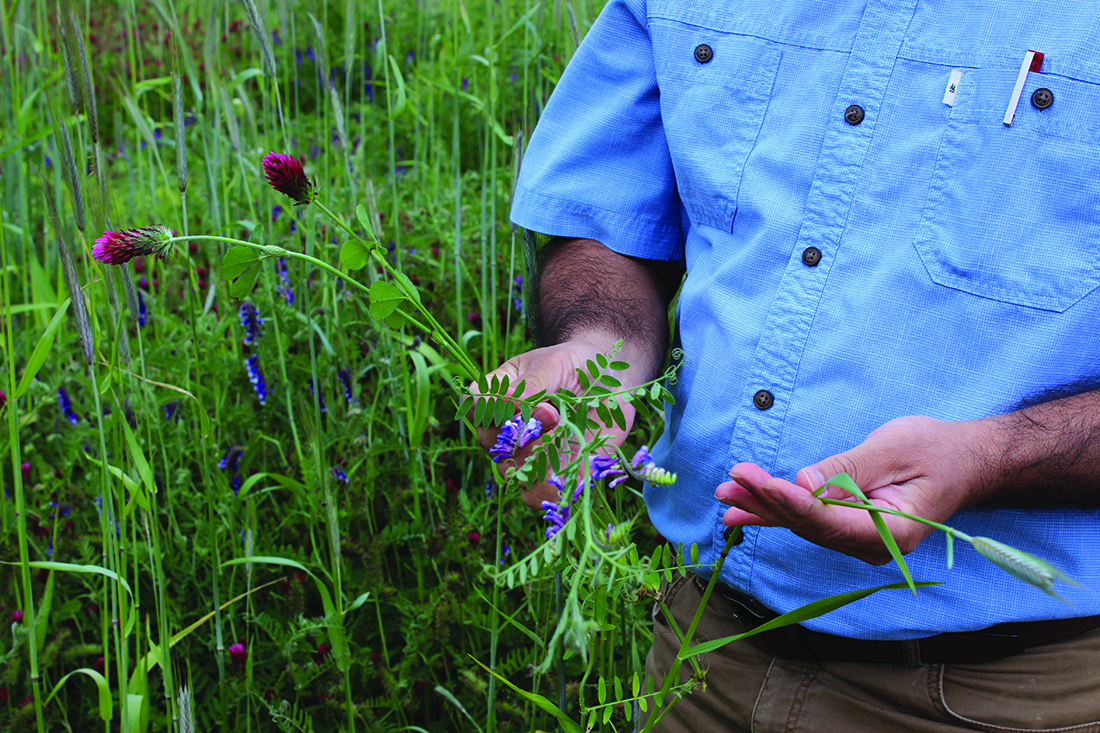 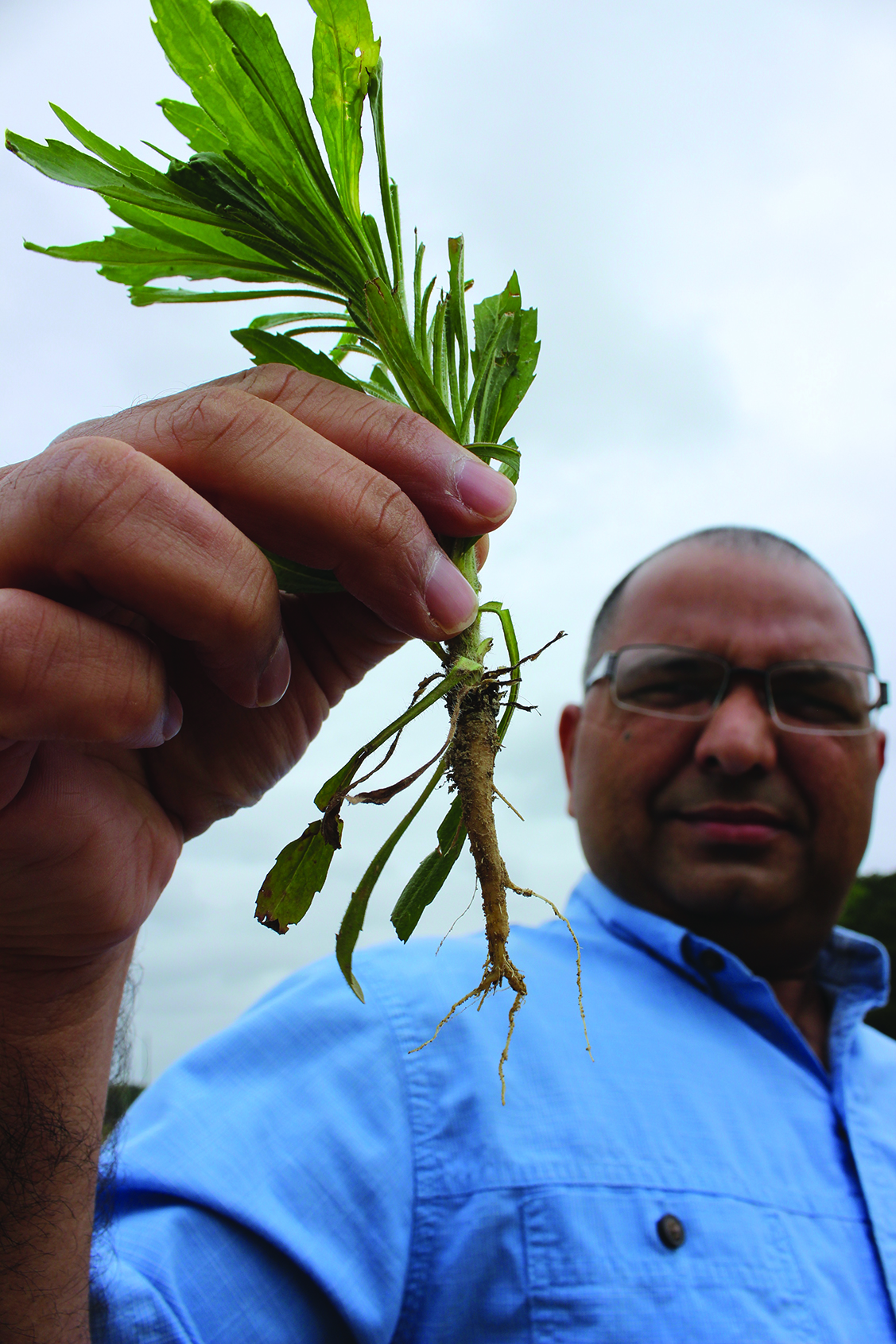 PRINCESS ANNE, Md. — Herbicide-resistant Herbicide resistant weeds robbing a field of crop productivity is easy to identify.
But less is known about the microbial action those weeds play beneath the soil surface.
Focusing on herbicide resistant marestail, Dr. Naveen Kumar Dixit, a University of Maryland Eastern Shore assistant professor and Extension specialist in horticulture is using a multi-year cover crop research project to gather data on the microbial activity in the soil around the roots of both the weed and cover crop.
The initial goal of the project, determining which cover crop mixes achieve the best weed suppression and resistance control, remains, and the new facet aims to determine what crop combinations improve soil microbial health and what microbes are recruited by marestail.
“They are recruiting the good type of microbes, I suspect,” Dixit said of the weed, which can produce about 200,000 seeds per plant and the seed can be spread by wind for miles.
“These weeds are here and surviving under harsh conditions, which means they’re recruiting micro organisms for their survival,” Dixit said. “These microorganisms, if they can help marestail, why can’t they help our soybean crop?”
Root and soil samples will be taken when students are permitted to return to work in the campus, Dixit said. Samples will be secured in low-temperature storage until they can be analyzed by a lab which will isolate DNA around the roots and generate a profile of the micro organisms.
“This will provide very good information to us,“ Dixit said, adding it could lead to a clearer picture in treating root diseases, soil borne pathogens, foliar diseases, soil salinity and water stress.
As the initial component of the cover crop research continues, the first year of data showed some combinations were effective in reducing the marestail population. In 18 treatments of five different cover crops and multi-crop combinations, Dixit said the mixes of oat, hairy vetch, crimson clover and rye, hairy vetch, crimson clover showed a 97-percent reduction in marestail populations and a significant decline in marestail weed height. The rye, crimson clover and radish mix had a 78-percent reduction 180 days after planting. Combining different cover crops into one planting brings multiple benefits, Dixit said. Oats and rye contribute biomass to the soil; radishes boost microbial action, crimson clover aids in nitrogen fixation and all mitigate nutrient runoff from the soil.
“The thing is, which combination is best, then?” Dixit asked. “That’s why we are trying different combinations here.”