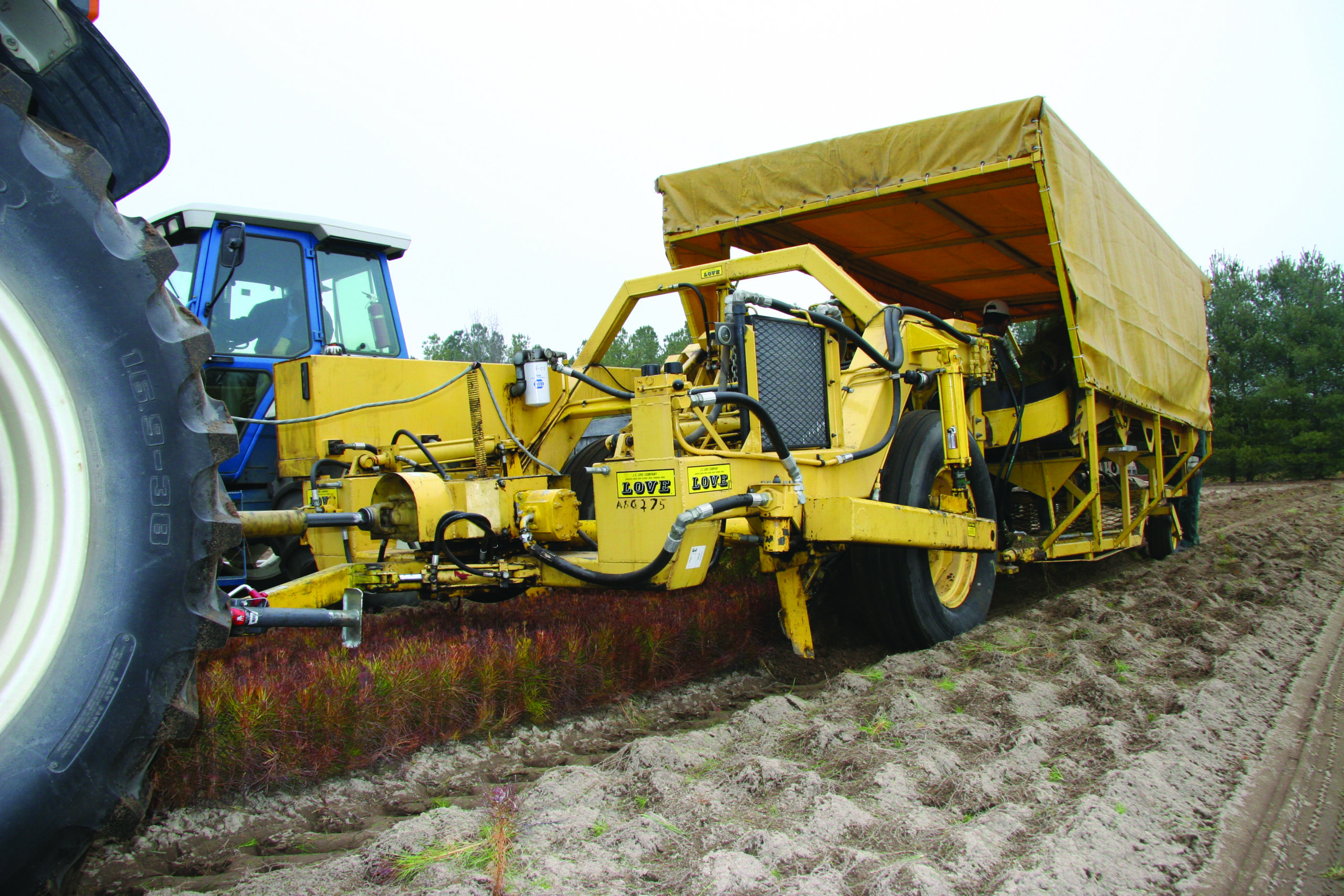 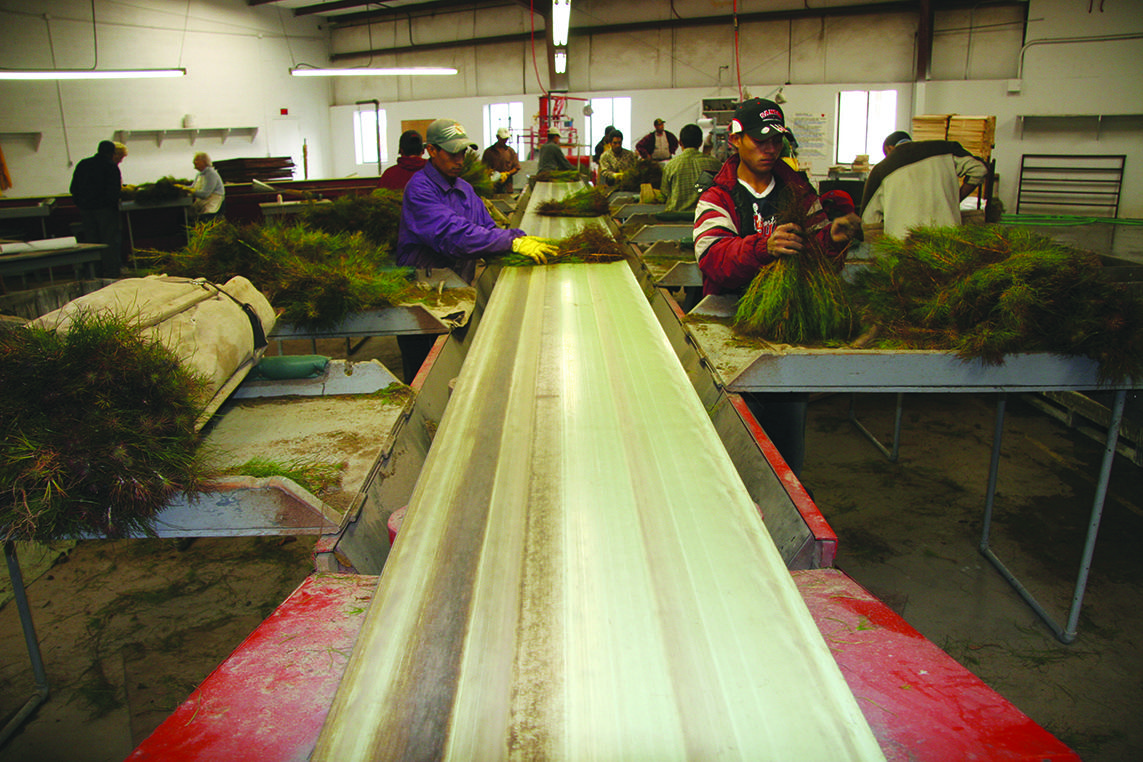 Workers at the Garland Gray Forestry Center in Courtland, Va., grade and pack harvested tree seedlings for shipping to forestland owners undertaking reforestation projects. From January through March, seedlings at the Garland Gray Forestry Center are lifted out of the ground using a special machine, top, and then packaged for shipping. (Photos courtesy Josh Bennicoff)

COURTLAND, Va. — With tree seedling harvest season wrapping up at the Garland Gray Forestry Center in Virginia’s Southampton County, the state tree nursery, similar to many public and private tree nurseries nationwide, continues to produce less than the market demands.
From January through March, seedlings are lifted out of the ground using a special machine and packaged for shipping.
“What we grow will plant 60,000 acres,” said Josh Bennicoff, Virginia Department of Forestry forestry centers manager. “We don’t have the capacity to meet the demand.”
This makes it necessary for Virginians to purchase seedlings out of state as well.
Bennicoff said the seedlings grown here are sourced from a DOF facility at Providence Forge in New Kent County.
They arrive at Garland Gray where they are planted within 50 acres of beds.
Forestry experts say all nurseries, not just state ones, need to drastically scale up production to meet the nation’s reforestation needs, especially as severe wildfires, droughts and diseases exacerbated by climate change increase tree mortality.
A recent joint study by state, federal, industry and nonprofit researchers found 128 million acres in the United States have the potential to be reforested.
To plant just half of those acres would require a 2.3-fold increase in current nursery production, according to the February study, which was published in the journal Frontiers in Forests and Global Change.
The Garland Gray Center’s location in Southampton County gives forest owners near it a better chance of purchasing seedlings suited to local growing conditions than those bought from southern sources, Bennicoff said.
“Our seedlings are special because they go dormant,” he said.
The dormancy period makes them able to handle the colder temperatures better than seedlings purchased further south, he said.
This area is the northern most region in the Southeast, an area known as the “wood basket” of the nation.
According to the forestry department, 55 percent of the nation’s wood supply and 25 percent of the world’s pulpwood is grown in the Southeast.
The Garland Gray Center itself has a limited staff so much of the work is contracted out to tree planting professionals and their crews to do the work. Bennicoff said the crews will plant from two to four million seedlings annually.
The Garland Gray Forestry Center and the Augusta Forestry Center at Crimora in Augusta County, are part of a system begun in 1914.
Virginia’s first nursery for growing trees was established in New Kent County but is no longer part of the system.
“It was originally established to help reforestation on denuded lands,” Bennicoff said.
The purpose remains much the same with the aim being to supply Virginia grown seedlings for Virginia landowners.
Michelle Stoll, forestry department spokesperson, said the center has planted more than one billion seedlings in its history.
She said while loblolly pine is one of its primary trees, it grows several others including the longleaf pine, which it is working to restore in Virginia.
Stoll said the Augusta facility grows hardwood seedlings.