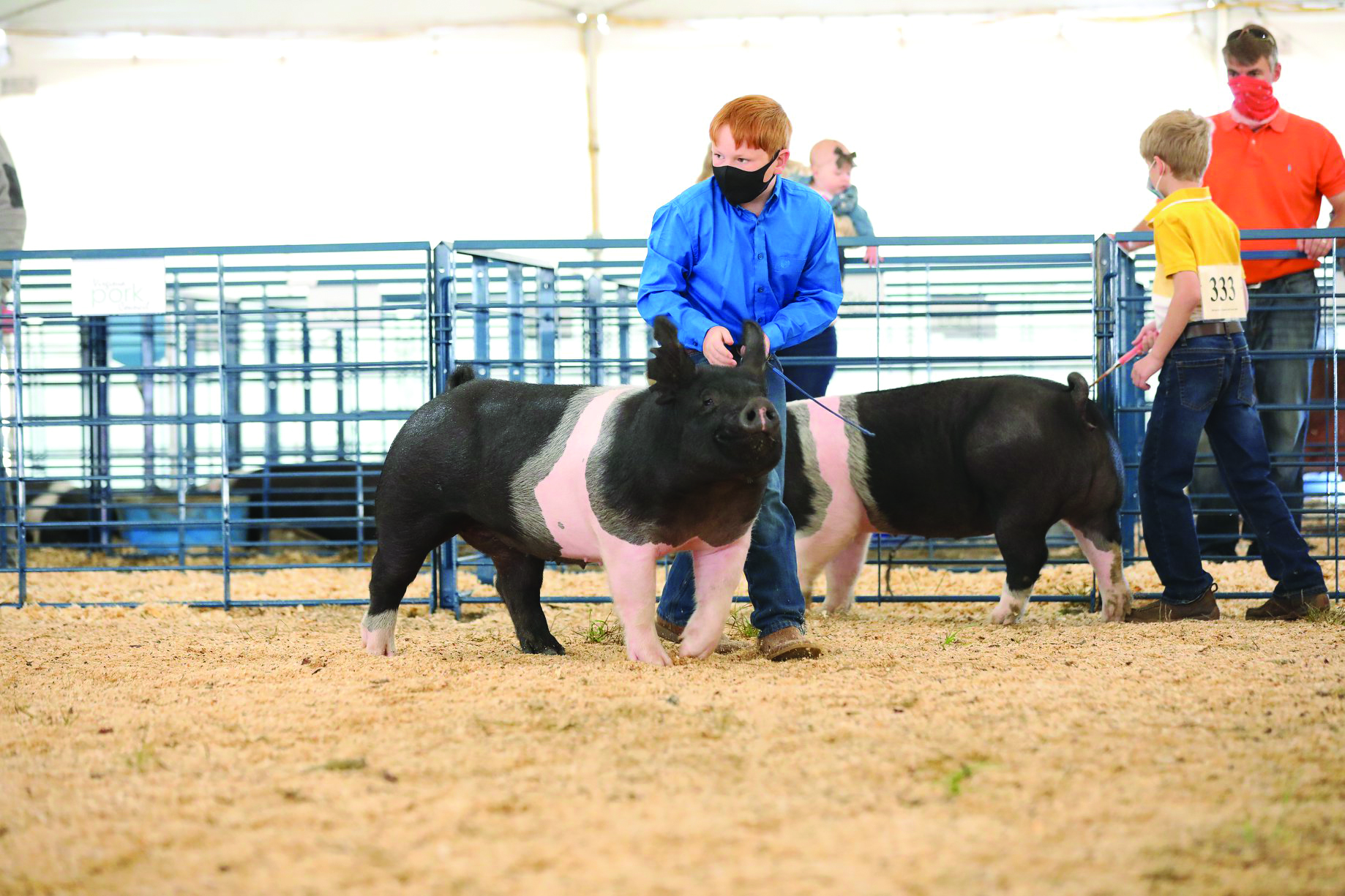 DOSWELL, Va. — Organizers of a recent statewide livestock show for Virginia 4-H and FFA members deemed the event a success, culminating in a record for its Sale of Champions.
“It was a huge success,” Katherine Carter, assistant youth livestock program specialist for Virginia 4-H said. “Obviously it was very different and very difficult.”
Following the cancelation of the fair in July, organizers announced that youth livestock competitions would still happen at The Meadow Event Park, home of the State Fair of Virginia, during the fair’s typical timeframe.
The livestock events were organized to uphold the fair’s mission of promoting youth participation in agriculture, organizers said. Staff from Virginia Tech, 4-H, Extension, and Farm Bureau worked with The Meadow Event Park in Caroline County to bring it all together. The State Fair Youth Livestock Show was split into two sections with the dairy and milk goat shows on Sept. 24-26 and the livestock shows for cattle, sheep, and pigs held Oct. 1-4.
Carter said 280 youth exhibitors from across the state showed nearly 1,000 head of livestock during the event. These included beef cattle, sheep, goats and hogs.
Carter and Glenn Martin, the fair’s director of livestock and equine events, both pointed to strict restrictions in to keep everyone safe.
These included limiting the number of people who could be present, keeping everyone at safe distances from one another and wearing masks.
Carter said everyone in the show rings were required to wear masks, except in the swine classes because of the difficulty of managing pigs in competition.
Dave Winston, Extension dairy specialist, said 23 youth exhibited 38 animals in the dairy portion designed for dairy cattle and dairy goats.
“Our dairy exhibitors were extremely excited to have the opportunity to show cattle and have fellowship with each other,” he said. “The event was a great success.”
Four days after the show closed Martin was still tallying the results of the events and enjoying the glow that came from something working out in an era of cancelations and uncertainty.
“We were able to keep intact all the scholarships,” he said.
Martin reported that the Sale of Champions at the end of the show earned $90,000 under a modified format. He said it was the most the sale has ever grossed and was made possible through support of the industry and donors.
The Sale of Champions, which took place on Oct. 3, sold the champion and reserve champion in the four livestock groups, cattle, sheep, goats and swine, Carter said.
“For many of the participants, the State Fair of Virginia is the culmination of a year’s work toward their livestock projects,” Martin had said in a news release announcing the adjusted show plan. “Although the fair was canceled, we felt it was important that youth were still given the opportunity to exhibit their animals and showcase the dedication they’ve put into raising them. Holding these events allows us to recognize those efforts.”
One exhibitor, 12-year-old Sallie Williams of Wythe County, agreed with Martin’s projection. The show at The Meadow was a first for her. She has been in 4-H for three years and showed her Shorthorn heifer this year and plans to do so again next year. Then the animal will go into the family’s commercial beef herd.
Williams and Carter agree on the livestock event.
“It was good,” they both said.