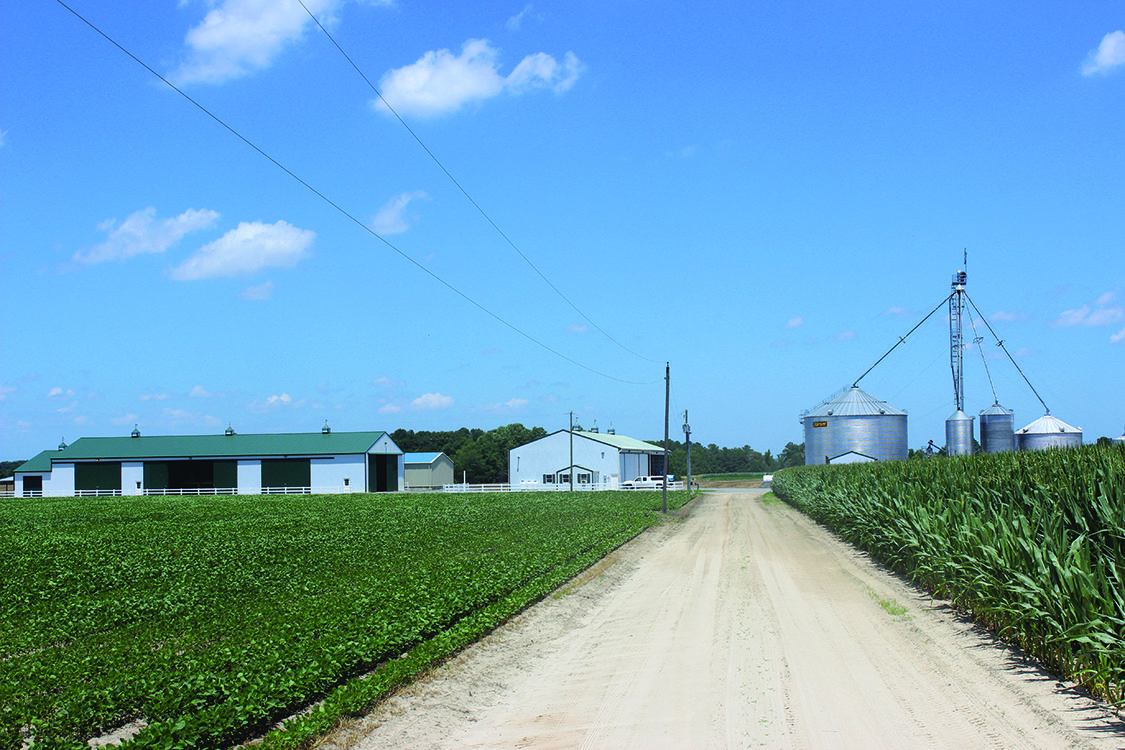 This year marks the fourth time Corbin Hall Farm has been host farm for the Virginia Ag Expo. It previously hosted in 1994, 1998 and 2003. (Photo by Sean Clougherty)

WATER VIEW, Va. — The Virginia Ag Expo is back after a pandemic-induced cancelation, and is set for Aug. 5 at Corbin Hall Farm in Middlesex County.
The expo is the commonwealth’s largest agricultural field day and often draws over 1,000 people to see the latest in farming technology and production methods. Sponsored by the Virginia Grain Producers Association and the Virginia Soybean Association in cooperation with Virginia Cooperative Extension, the expo is held on a working farm each year to showcase the agricultural diversity of the different areas of the state.
While missing a year was unfortunate, Jeff Whitaker, expo coordinator, said many exhibitors that signed up for the 2020 event chose to roll their registration over to this year which has helped in the planning.
“We actually had a pretty good start to 2021,” he said. “We’re really excited to get back to the expo. We’ve done a lot of planning and I’m happy people are excited to come back together.”
Whitaker worked with longtime expo coordinator John Smith for several years until Smith’s death in 2019 and then took the reins for what would have been the 30th annual event last year.
“Last year would have been my first year as coordinator. Unfortunately, we had to cancel, but it was kind of like a practice run for me to get some things under my belt. It was good that way.”
“Farming: A Foundation for the Future” is the theme for the 2021 expo.
Along with the tradeshow of about 85 vendors, the expo will have a crop tour with stops for corn trials, soybean trials including a soil pit and precision agriculture.
EarthOptics, based in Raleigh, N.C. will showcase its technology for mapping soil compaction.
In April, EarthOptics used its GroundOwl and TillMapper products on a field at Corbin Hall to detect, quantify and visualize soil compaction — at 25 to 30 miles per hour. The resulting compaction map and equipment used will be on display with EarthOptics staff on hand to talk with growers.
“We should be able to have a really good discussion on soil health and tillage,” John Anderson, EarthOptics technical advisor, said.
With the data collected, Anderson said they can write a prescription in near real-time for variable rate tillage-capable equipment to loosen soil in parts of a field.
“It’s a new segment of precision agriculture,” Anderson said. “We want to mitigate compaction that reduces row crop yields and do it right there in the field.”
At the expo, Dr. Mark Reiter of Virginia Tech and NRCS personnel will be at the soil pit to discuss the soils of Corbin Hall below ground, nutrient movement, and view compaction layers. Virginia Tech’s Dr. David Langston, will be nearby to discuss disease management with foliar fungicides in soybean and other crops. The soybean variety test includes treatments with and without Revytek fungicide. The corn stop will feature Dr. Wade Thomason’s nitrogen research, specifically a nitrogen rate study with Y-drop and row dribbled placement. There will also be a demonstration of the Matthews Company continuous-flow grain drying system.
Dr. David Holshouser, Virginia Tech soybean specialist, will show the profitability advantage of a grain drying system by harvesting wheat at high moisture and then planting double-crop soybean at least one week early as a result.