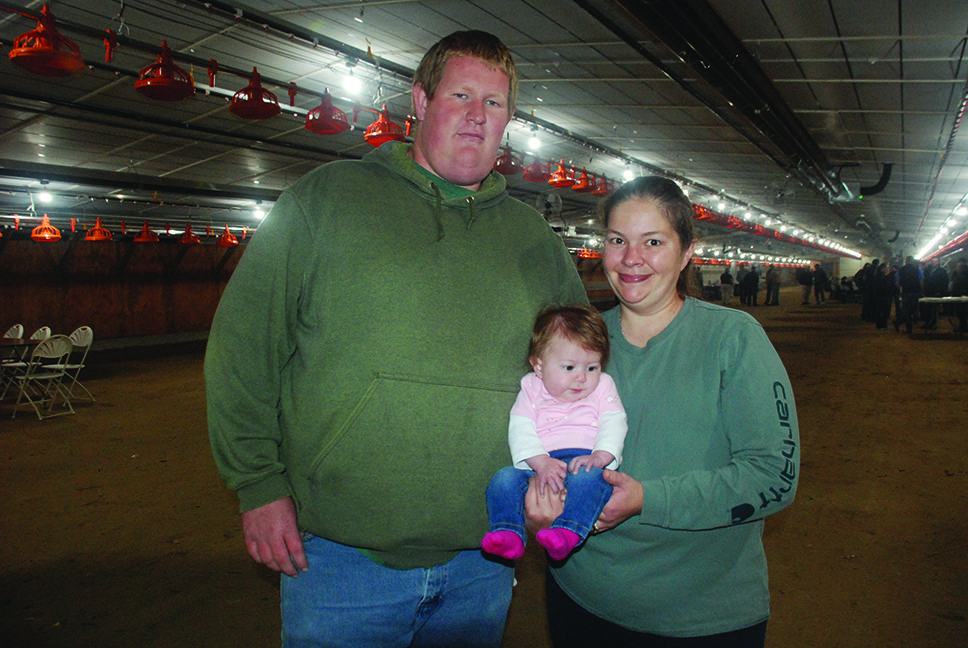 Jonathan Walton welcomed some 300 commercial poultry growers to his brand-new chicken house in Georgetown on Nov. 3. He and his wife, Amber, have a 5-month-old daughter, Mackenzie. (Photo by Carol Kinsley)