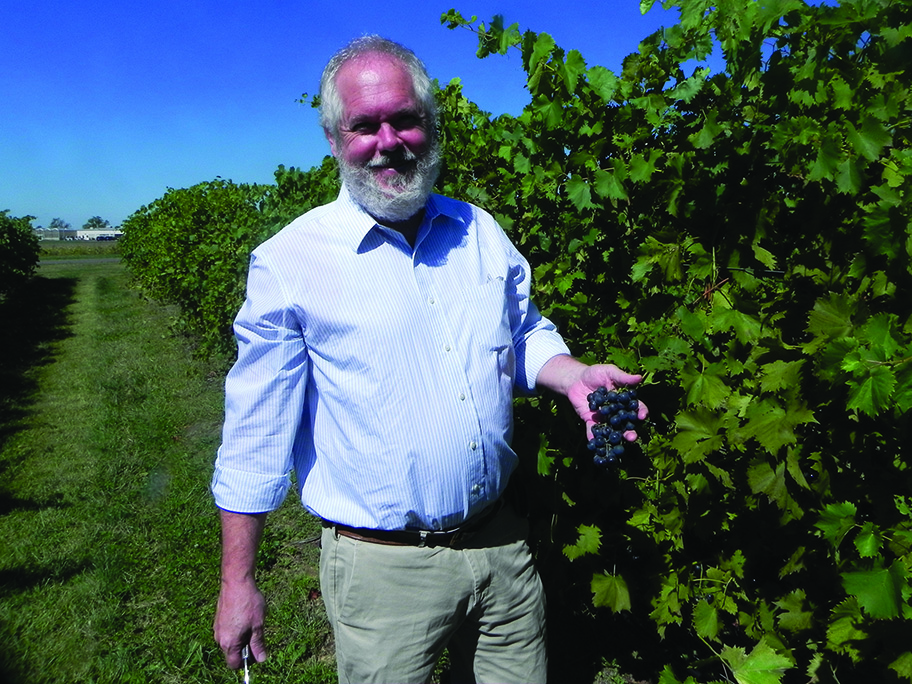 Along with other research purposes, the Concord grape test plots at the Rutgers Agricultural Research and Extension Center in Bridgeton have been used to study controls for spotted lanternflies, which are known to like grape vines. (Photo by Richard Skelly)