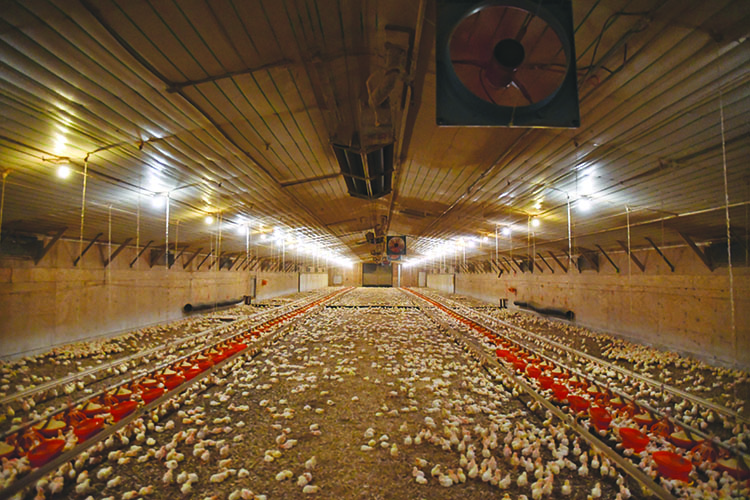 Light is one of the six basic requirements to raise healthy broilers. (Photo courtesy University of Georgia)