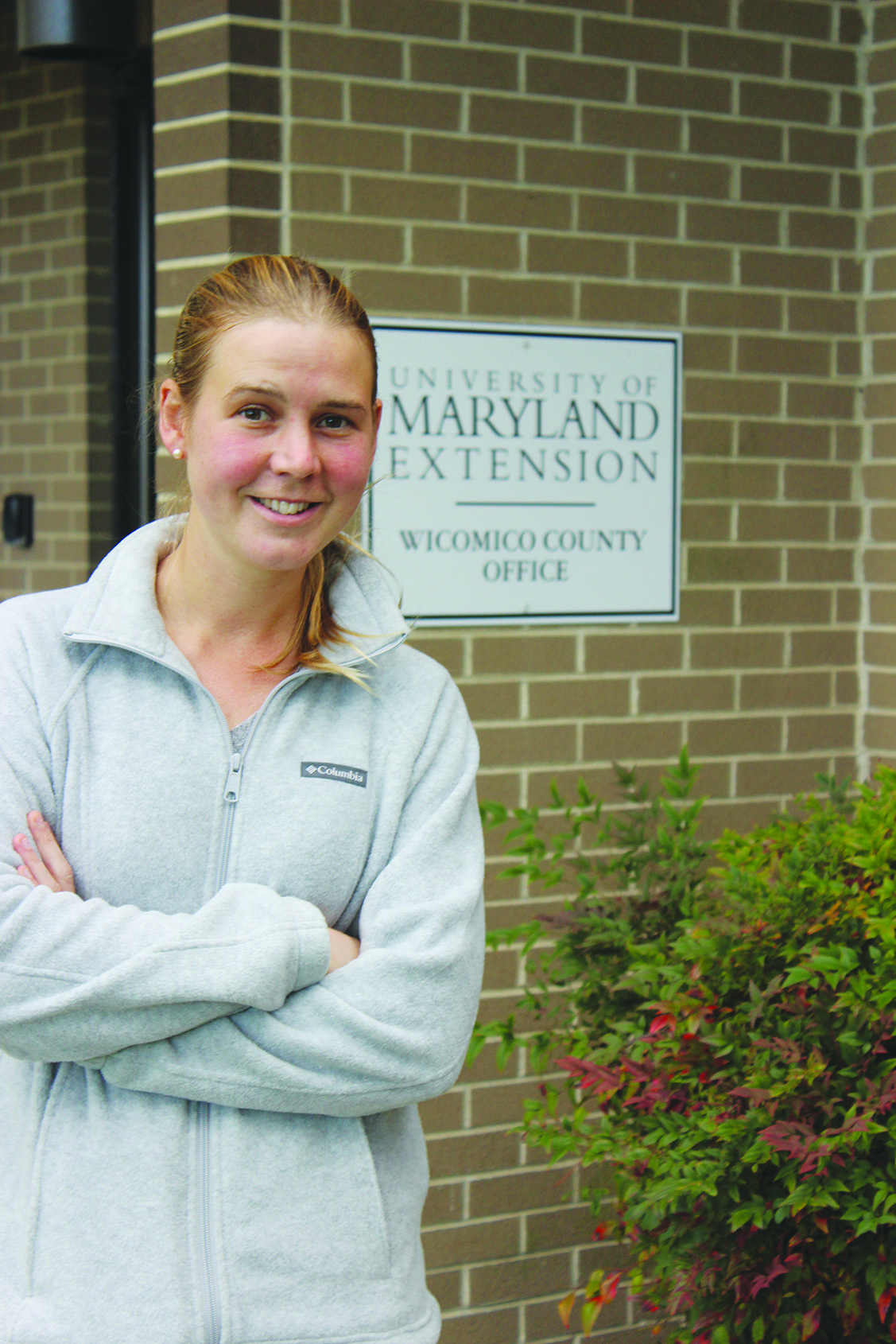 Haley Sater, Wicomico County’s new University of Maryland Extension agriculture and natural resources agent, said that strawberries are one crop she has particular interest for the area while adding blackberries could be another crop that could work well in many local growers’ operations. (Photo by Sean Clougherty)

SALISBURY, Md. — After forays in plant breeding research in the southern United States, Haley Sater, Wicomico County’s new University of Maryland Extension agriculture and natural resources agent, has put down roots on the Eastern Shore.
A Minnesota native, Sater pursued her master’s degree in rice breeding at the University of Arkansas.
“I wanted to feed the world,” she said, smiling at the memory. “It seemed like a great Norman Bourlag ‘let’s feed the planet’ kind of notion.”
She said she found the research rewarding but after realizing a career in rice breeding would likely mean living in foreign countries where rice is a dominant crop or, at the least, visiting frequently, she changed focus.
“I just didn’t see that as my future,” she said. “I thought you know what, I can make a difference at home.”
She continued plant breeding research but shifted to blueberries at the University of Florida.
She said for her doctoral work, her focus was in selecting blueberry varieties for their aromatic and flavor profiles to identify a variety that could be distinguished from commodity berries and have added value for growers.
“Something like the Cotton Candy Grape, that’s what I wanted for blueberries,” Sater said.
Again, Sater said she enjoyed the work but also saw what effect rapidly improving technology was having on the breeding industry.
“As a plant breeder, I wanted to be in the field and not be in front of a computer all day and plant breeding appears to be going that way,” she said. “Plant breeding is very different than being a county Extension agent because you focus on a very narrow set of problems to solve and as a county ag agent you’re solving all sorts of problems.”
That brought her to Maryland in August, to join the Wicomico County office and the Lower Shore Cluster.
She and her husband bought a house around the corner from the office, close enough that she can bicycle to work occasionally.
“I want to be close to work and I love these 100 year old houses,” she said. “I want to just settle down. I have a house here. It’s not a stepping stone.”
Though it’s a diverse job, she and the other Lower Shore agents have settled into areas of specialty with Somerset County’s Sarah Hirsh taking agronomy, Worcester County’s Maegan Perdue taking livestock, Ginny Rosenkranz taking ornamental horticulture and Sater taking small fruit, orchard crops and vegetables.
Strawberries are one crop she said she has particular interest for the area and added blackberries could be another crop that could work well in many growers’ operations.
“Berries in the U.S. are an expanding market,” she said. “All that health research in berries has done great things for the berry market. If farmers say they might be open to it here I’ll study it. That’ll be fun.”
Starting the job during the coronavirus pandemic has brought its own challenges she said, but the other UME staff have been very helpful and she said she’s met with several farmers individually and expects to meet more once their harvest is complete.
“Trying to interact with our clientele as far as going out and meeting farmers surprisingly has been going quite well,” she said.