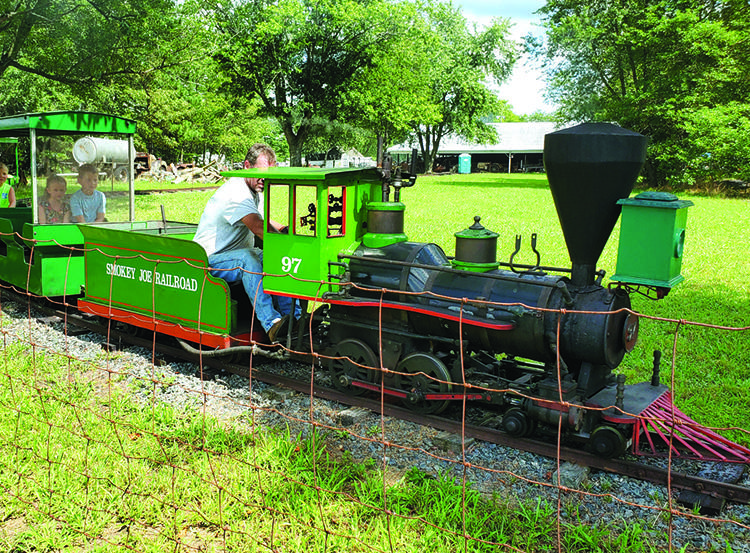 FEDERALSBURG, Md. — The Eastern Shore Threshermen & Collectors Association will be holding its 61st annual Wheat Threshing, Steam & Gas Engine Show on Aug. 6-8, at at 5806 Federalsburg Hwy., between Denton and Federalsburg.
The show opens at 10 a.m. each day and admission and parking are free.
This year the show celebrates 60 years of Smokey Joe, the association’s miniature steam train. “Smokey Joe” is a replica of the Civil War era “General” locomotive built in 1961 by the Crown Metal Products Company of Pennsylvania which built real steam trains for amusement parks.
The association purchased the train in 1972 and hauled it from its previous home in Haines City, Fla., in 2021 not only marks 60 years since the train was built, but also marks Smokey Joe’s 50th Wheat Threshing, Steam & Gas Engine Show.
There will also be steam engines, antique tractors, gas engines, antique cars and steam models in operation.
Among the demonstrations will be wheat threshing, shingle sawing, sawing with a miniature and full-size sawmills and rock crushing.
A daily parade of all equipment will be held at 5 p.m. on Friday and Saturday and at 4 p.m. on Sunday.
A large flea market will feature more than 125 dealers.
Friday evening will feature live music with Country Express and Flatland Drive will perform bluegrass music on Saturday evening.
Sunday will feature live music at 5 p.m.
All shows are free.
There will also be church services Sunday morning at 9 a.m. featuring Janie and Mike Eskow with music by Rowdy Harrison.
For more information call 410-754-8422, 410-673-2414 or visit the association’s Facebook page.