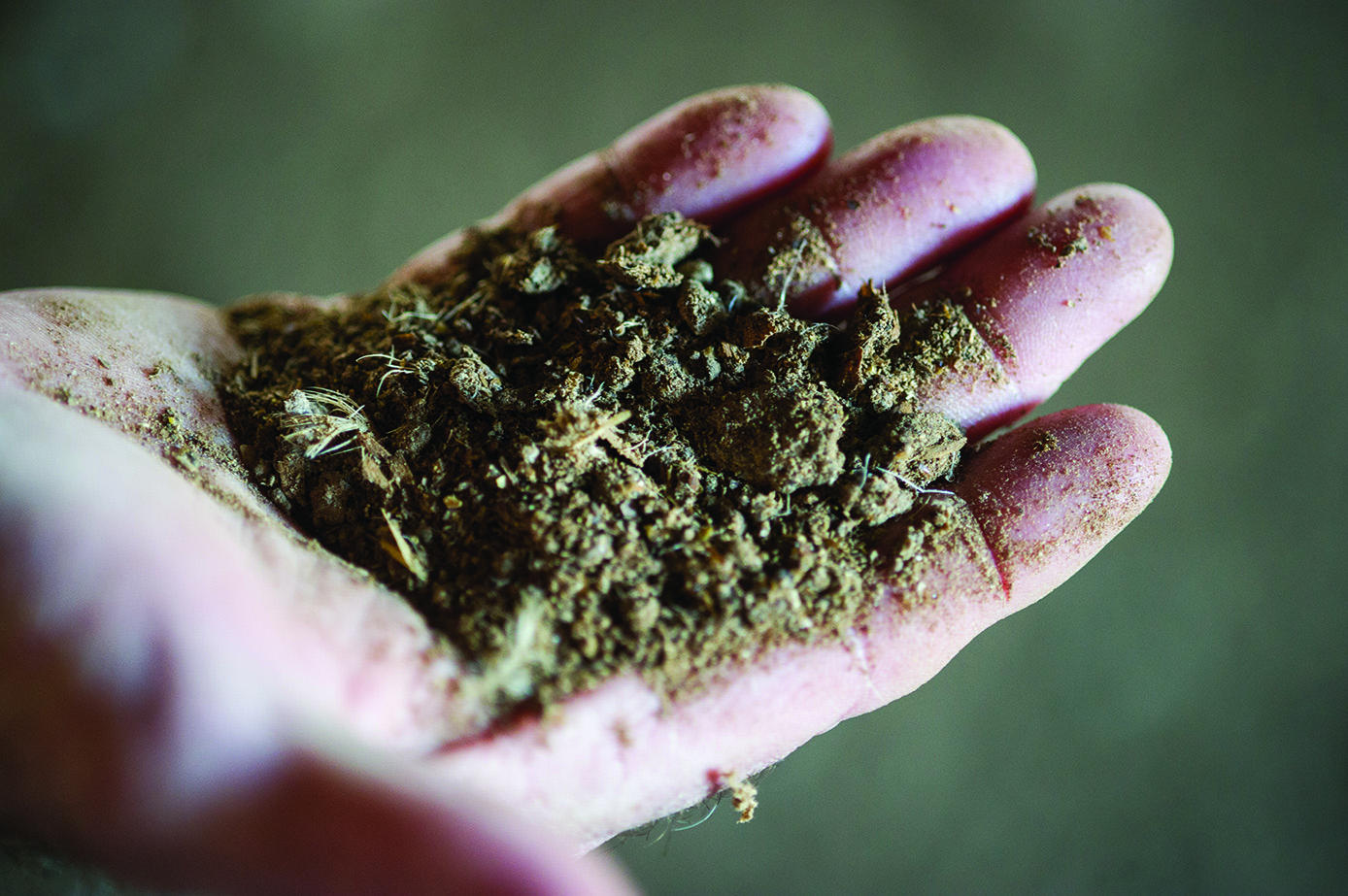 As Maryland’s agriculture industry works to move poultry litter to farm fields with low phosphorus levels, farmers said locating it and getting it to their farms are persistent challenges in using the organic fertilizer source. 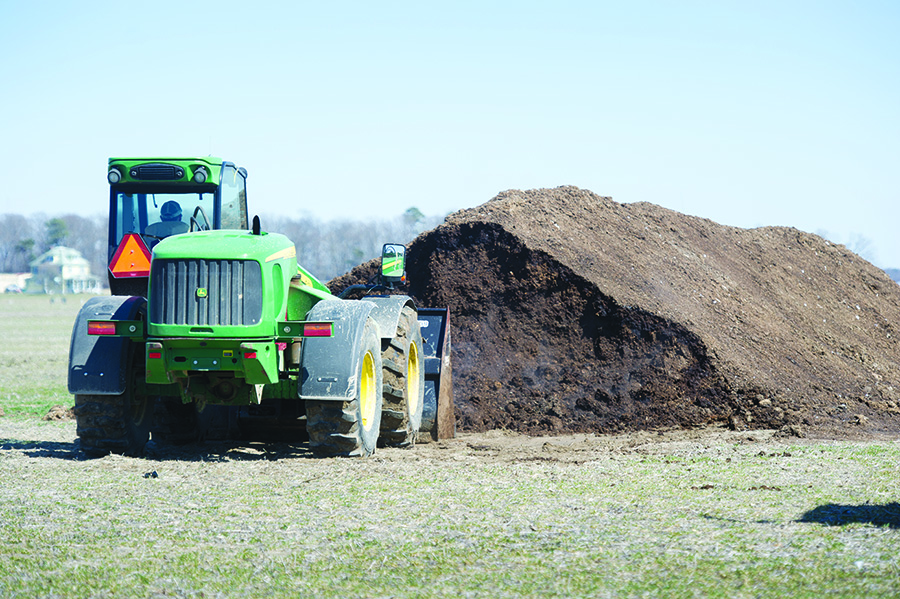 Stockpiling litter in fields has been shown to be an effective method of storage with the pile’s outer surface forming a crust and shedding water. By adding organic matter to the soil, the litter increases its structure, water-holding capacity, erosion control and provides energy for soil microbes, according to experts. (Photos by Edwin Remsberg)