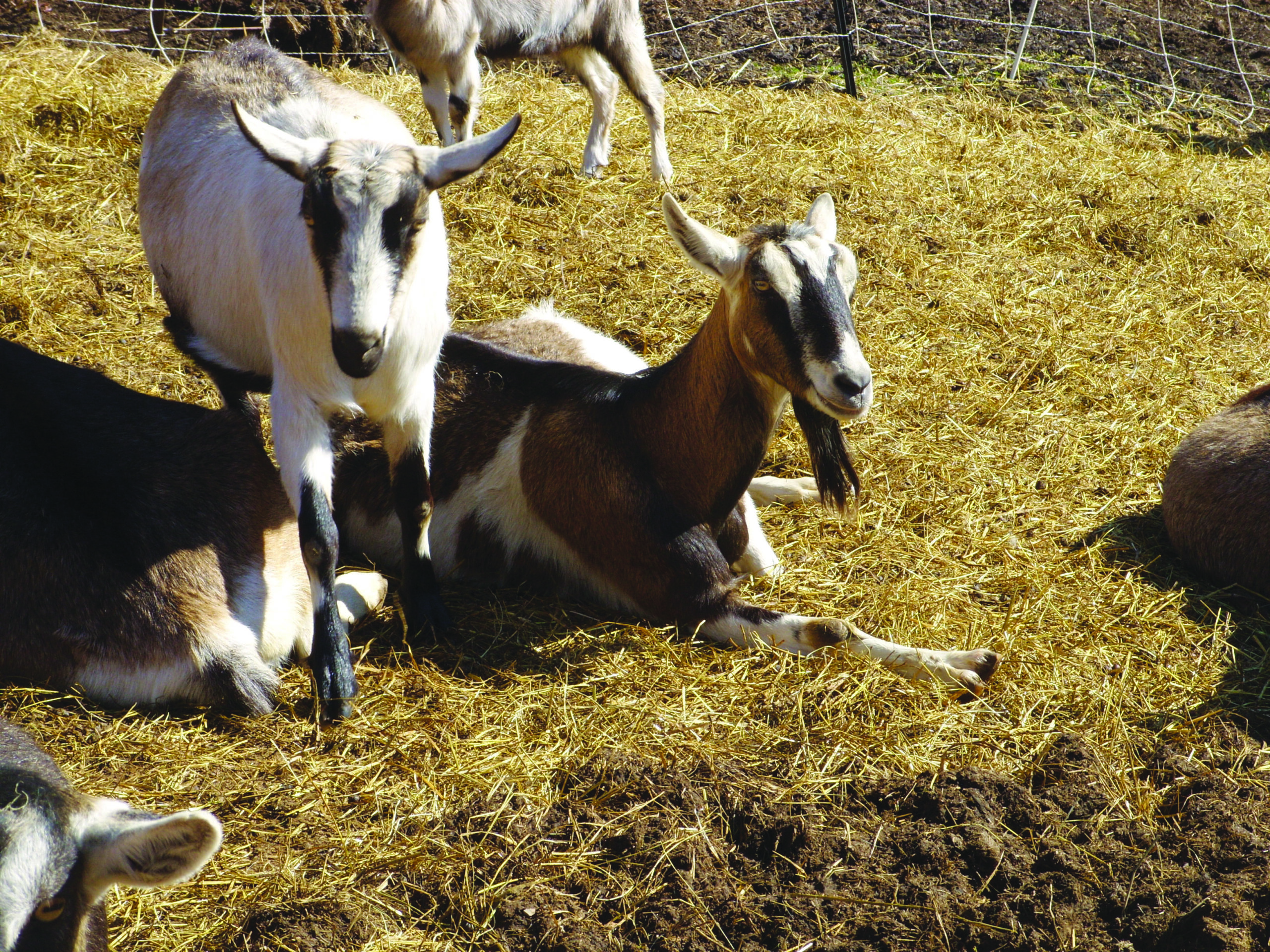 Ziegenwald Dairy started two does and two bucks and now milk more than 30 does in its cheesemaking operation. (Photo courtesy Andrea Woodworth)

GATE CITY, Va. — The request a young German bride made to her American husband was the seed that years later grew into a dairy goat farm in far southwestern Virginia’s Scott County.
Andrea Woodworth spoke by phone about Ziegenwald Dairy she and husband John operate on Possum Creek.
She took the time to be interviewed after coming home from her “paying job” at a local nursing home and milking her 30-plus does. Supper would wait until late in the evening.
“If you make me move to the states,” Andrea Woodworth recalled telling her husband John, “we have to have a farm.”
They were married in 1978 and lived in Connecticut where John grew up until they found a farm in Virginia where land was more affordable. That became Ziegenwald Farm, and they now milk more than 30 does. Andrea also works at a nearby nursing home.
The name of their farm, Ziegenwald, combines the French word for goat and the German word for woods, she said.
After living in New England for 12 years they moved to Virginia’s Scott County in December 1993 and got their first goats in 1994.
Andrea said a family outing to find a goat for their children took an unexpected turn that led them to the dairy goats. The appointment they had made to look at fiber goats was canceled but she said they still had a promise to keep to their children.
Turning to The Trading Post, a local advertising flyer, they found a man who raised Alpine goats, a dairy breed.
“We really got along with the man,” she recalled.
They bought two does and two bucks. By the end of the year they had 10 goats. One doe gave birth to twins, the other had quadruplets.
“Things just kept multiplying,” she said. “We had to decide what to do with the milk. We decided to make cheese for ourselves.”
The decision to use their goat milk for family consumption was influenced by people milking cows being granted the ability to add growth hormones to their milk. Andrea said she did not want milk with added hormones in it.
“In 2008 we attained our Grade A Dairy license which allows us to sell homestead cheese,” she said as she referred to the brochure she has created for the farm. “Our Cheese is made from the milk of only our own animals. We do not use hormones or antibiotics to enhance milk production.”
They now market their cheese at several farmers’ markets, and to a few restaurants and stores, she said.
“We produce Chevre most of the year which is sold either plain or with added natural flavors such as garlic/dill, garlic/Sacred basil, garlic/black pepper, dill, chives and Sacred basil,” she said. “We also flavor with raspberry, peach, apricot, and mulberry jams. We usually have a limited amount of Colby style semi-hard cheese to offer.”
In 2011, feta was added to their list of farmstead cheeses and they now also make mozzarella and camembert cheeses.
Andrea said since their goats are seasonal milk producers their cheese assortments in the winter and early spring is more limited.
It also guides their breeding program.
Andrea said goats have a five-month pregnancy so she puts the bucks in with the does in late August or early September. The females are dried off in late October or early November. Babies start coming in mid-January through February and into March.
Because most females have multiple births the population grows rapidly and makes it necessary to evaluate the herd, determine who can stay based on gender, age and productivity.
She said she likes to sell the animals to individuals who will use and care for them in a responsible manner. Some are sold at the livestock market.
Andrea said her equipment is much smaller than what is used to milk cows but otherwise it is much the same. Goat dairies are subject to state inspections just like cow dairies and have to meet the same standards.
The Woodworth’s license allows them to sell their cheese from the farm but they want customers to call ahead to be sure they can fill the request.
Andrea follows a regular feeding program.
The goats get pelleted grain twice a day and have free-choice hay available in racks all the time.